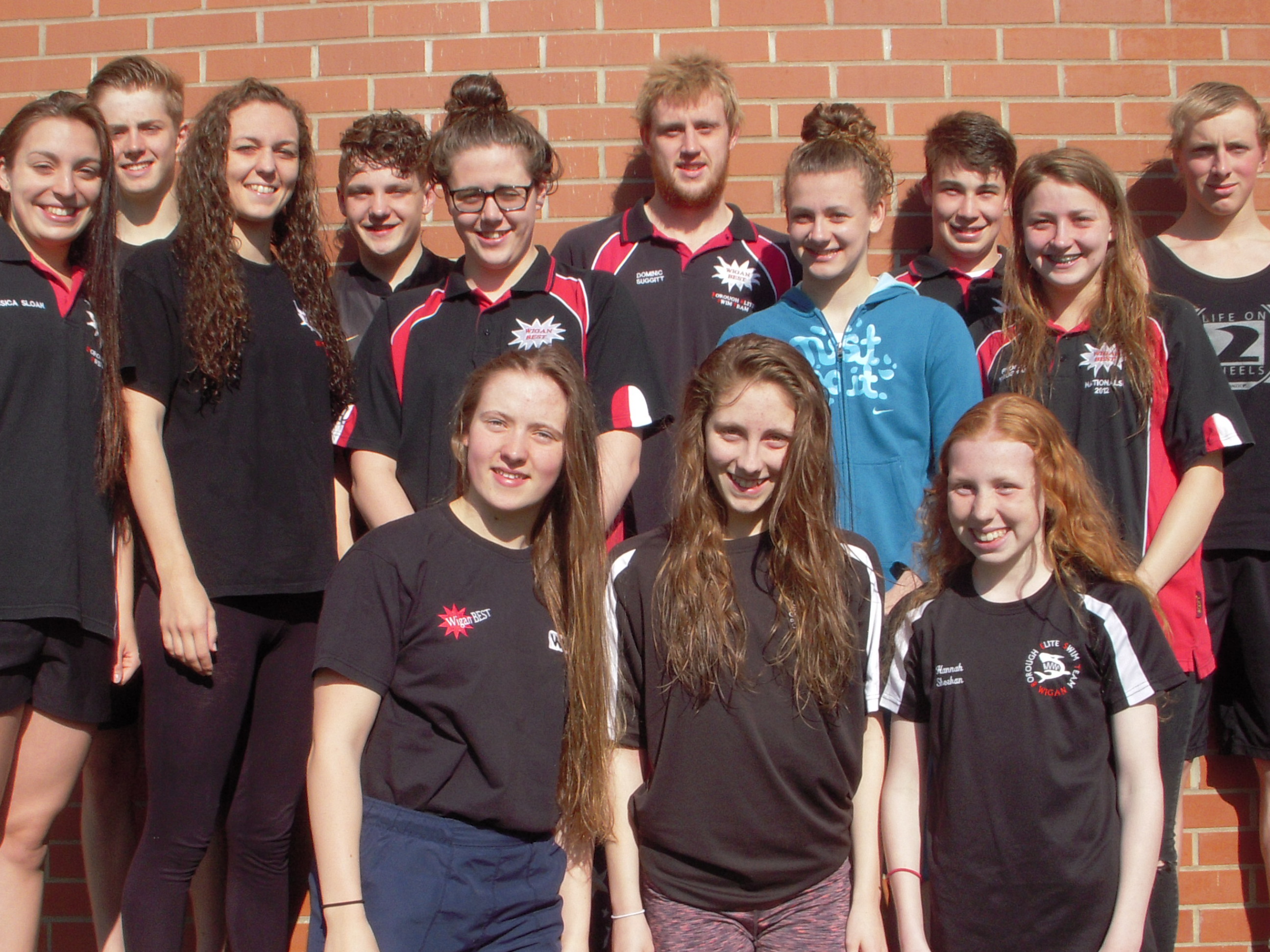 17 Wigan BEST swimmers have been selected to compete at the 2015 Summer National championships in Sheffield. The new national completion format commences on the 28th July with the British Champs which will see 15 year-old Harley Beentjes compete in the 100m and 200m Butterfly 100m, 200m, 400m and 1500m Freestyle. Joining Harley will be 14 year-old Charlotte Nester competing in the 200m Individual Medley, 100m and 200m Backstroke, 100m Breaststroke also in the 14 year-olds will be Ellie Molyneux competing in the 50m, 100m, and 200m Butterfly the 4th BEST member competing will be Rachel Byrne in 19 and over events swimming in the 200m and 400m Individual Medley.

3 Relay Teams from Wigan BEST have been selected to compete these will be in the boys 14/16 years 400m and 800m Freestyle Teams and the squad will consist of Declan Hall, James Cross, Harley Beentjes and Matthew Silvester. Joining the boys will be Rachel Byrne, Jessica Sloan, Phoebe Vaughan, and Holly Jackson who will compete in the ladies 17 and over 400m Freestyle Team.

People will be able to view both events via a live stream on the ASA Swimming website at www.swimming,org/asanationals