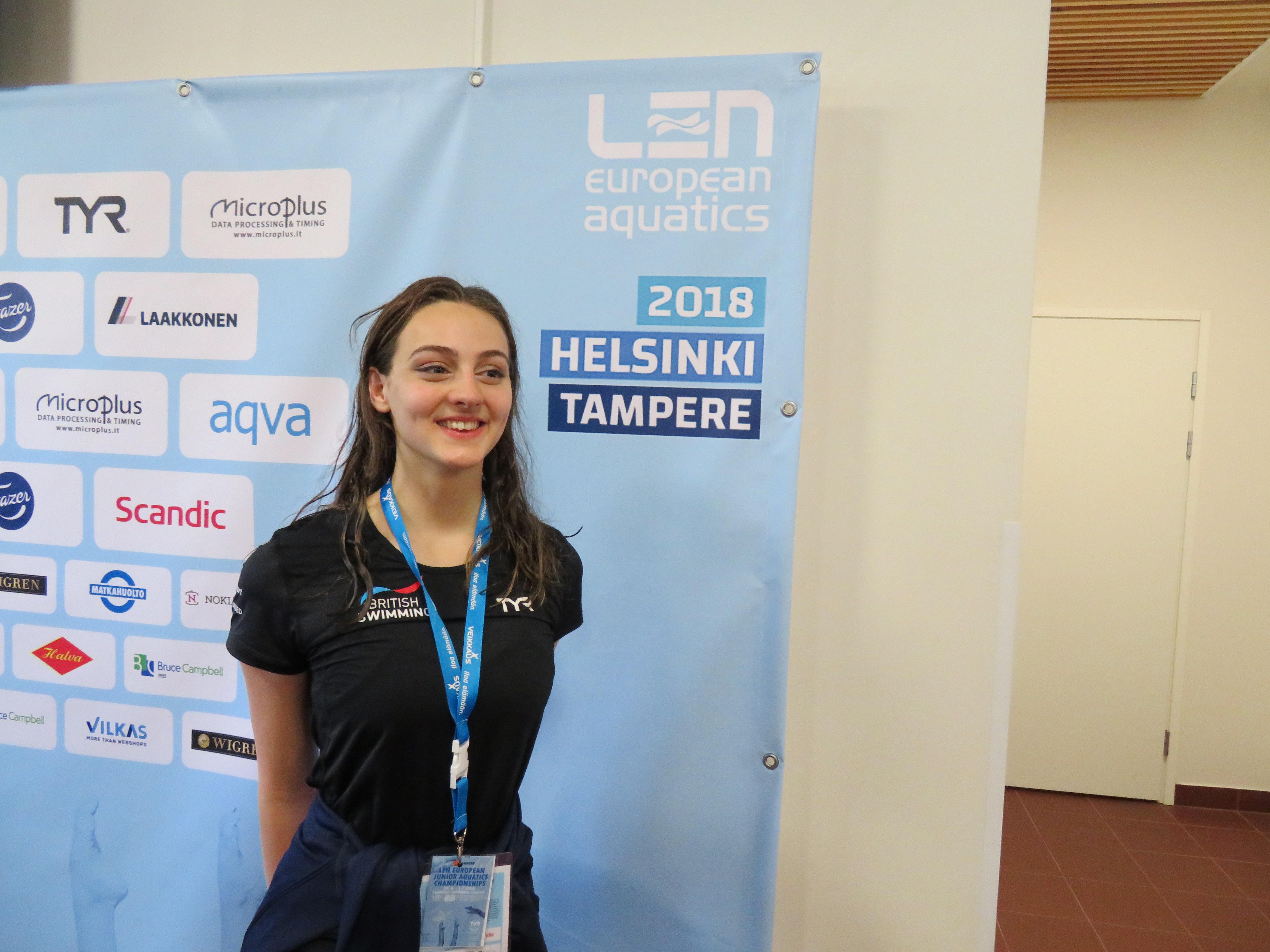 Another success story for the club is Greta Hampson who has gained major success in the sport of synchronised swimming. Greta who develops her aerobic capacity for the sport by training with Wigan BEST on a regular basis which has kept her families long association with the squad. This year has seen Greta compete at her highest level with her selection on to the GB Team to compete in the European Championships in Glasgow. To give you a little more insight into Greta’s fantastic achievement please read the following press release.

After the 50m Library St. pool was closed, Greta had an opportunity to have a go at Synchronised swimming and quickly became hooked with the sport as it combined strength and endurance in the water but also had an artistic element to it. Greta trained hard in both Aquatic disciplines and by the time the new Wigan Life Centre pool was opened she had competed at National level in both Competitive Swimming and won medals with Synchronised Swimming qualifying for selection onto the Swim England national synchro training programme.

Elite level training is based in the South of England on weekends and School half terms and Greta was fortunate to have some support from the Wigan Believe Talent fund for travelling expenses.

On the International front it was Greta’s 3rd year representing GB at European Juniors, this year held in Tampere-Finland, from this she gained team selection to the World Junior championships in Budapest, Hungary where the team made a top 10 finish.

For the last 2 years Greta has combined A level studies with travelling to the South West for GB team training and also dedicates 3 mornings [ 6am-8am a week] for stamina training with Wigan BEST squad at the Wigan Life Centre, coached by Les France and Chris Suggitt.

In August the exciting new multi-sport games– the European Championships, to be held every 4 years took place for the first time co-hosted by the cities of Glasgow and Berlin. At 17 Greta, still a junior competed in all 3 team events for GB and as the events were televised by the BBC it was exciting for her family and friends to watch!

In a field of over 20 of Europe’s strongest nations including Russia, Ukraine, Spain, Italy, France, Portugal, Germany and Israel the GB team were the youngest but still made finals in every event, with PB scores and a highest finish of 7th place, a promising result for a young team having had to combine training for the event with exams at school or college.

Excerpt from The Scotsman on Monday 5th August when Greta spoke to the newspaper; ‘Greta Hampson who was part of the 12-strong team said “We saw them on TV when we were younger and now we are up against them. I thought, ‘Oh my gosh, I want to be like them one day’. Now it’s unreal. “We are the youngest here, we are all 15-17, a lot younger than the others, but that doesn’t mean we aren’t going to fight for our place. We went for it”

After achieving 2 x A levels at grade A and a BTEC Distinction *(star) in Dance, Greta is going to take a gap year to concentrate on training then intends to combine university studies with continuing in the sport.”