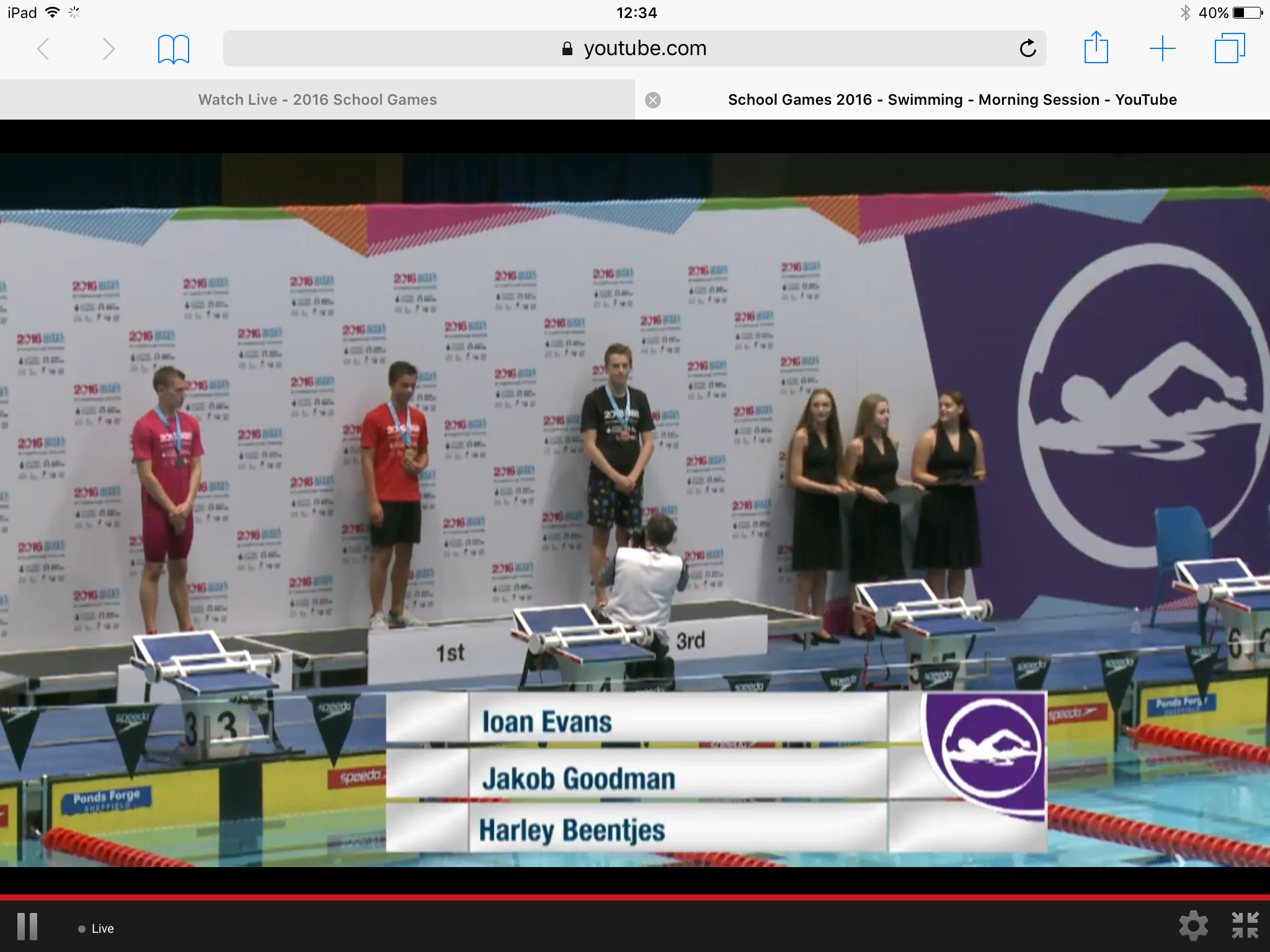 Following his selection on to the English schools North team 16 year-old Harley Beentjes went on to take a fantastic bronze medal in the mens 1500m freestyle at the Schools International Games held in Sheffield.

The event is staged to mirror the Olympic format and involves several sports, and an opening ceremony and gives the athletes an opportunity to experience what it is like at such a major event. The athletes are taken around to see other events and are able to encourage their team mates in their sports.

During the 5 day event the athletes attend several workshops on various topics which include dealing with media and the pitfalls of social media. Also they are mentored by Olympians who pass on their experiences to the young athletes in the hope they can benefit their development to the same level.

It is pleasing to report that Harleys excellent performance helped to secure an excellent win for England North.