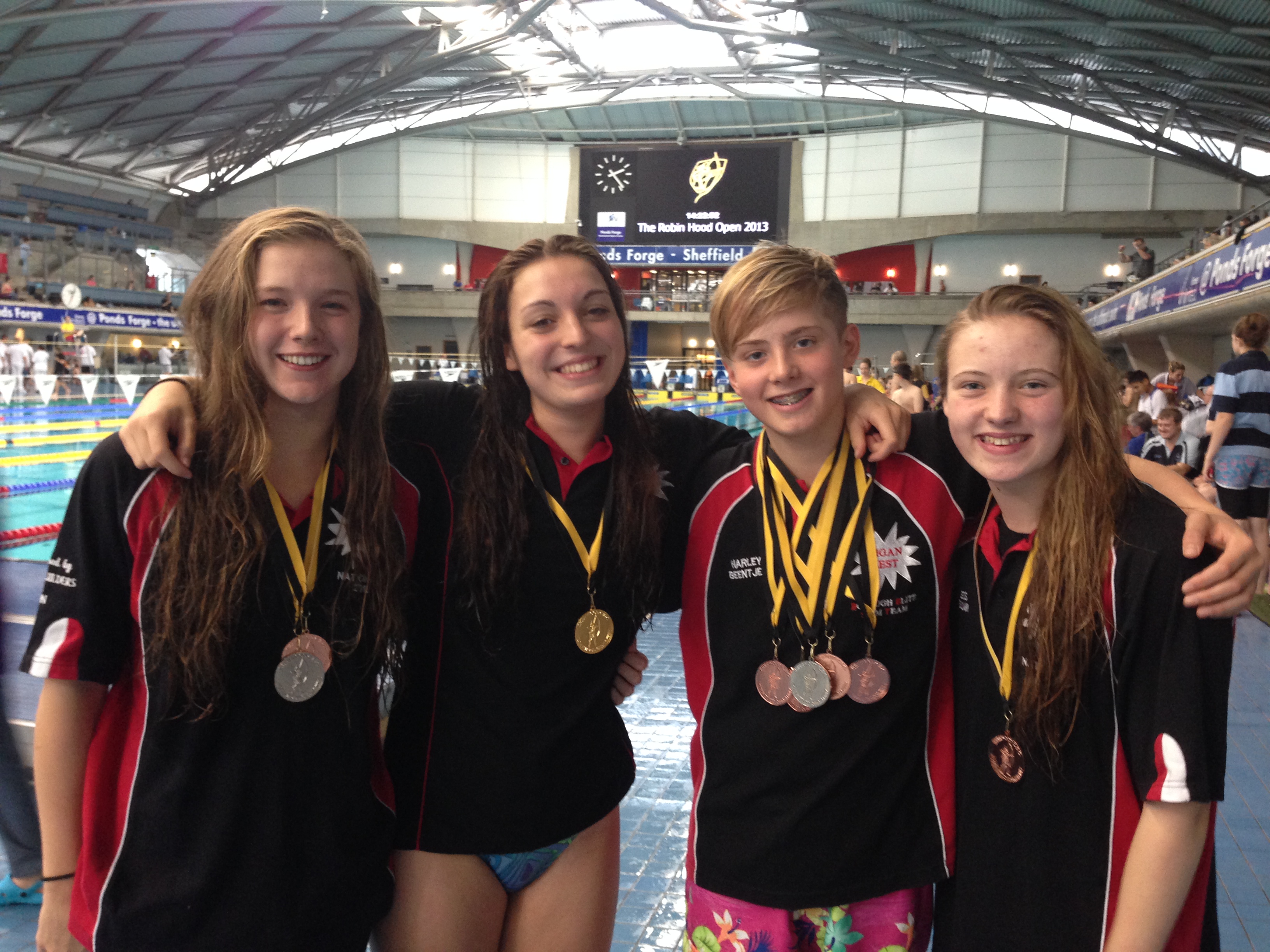 Wigan BEST swimmers competed in their first level 1 Long Course event of the season at the weekend in the Robin Hood Open Meet held at Ponds Forge in Sheffield.

The event was a National Open Meet with 57 clubs and squads participating from all parts of the UK from St. Ives to Newcastle, IOM to Ipswich with a total of 3118 individual swims.

Wigan BEST had a small group of swimmers, just 3 girls and 1 boy competing for the first time Long Course this season. Despite such a small squad, they came away with a very impressive 16th place in the overall club rankings in the FINA points total.

Harley Beentjes started the ball rolling in the first event of the weekend on the Saturday morning coming away with a silver medal in the 400m Freestyle in a PB time of 4:36.87, followed by a gold medal in the 200m butterfly in a time of 2:28.69 at the end of the morning session.

In the afternoon session, Harley managed to take bronze in the 50m butterfly again in  pb time. Not to be outdone, the girls entered in the stage in the 100m freestlye with Holly Jackson taking the silver medal and

Jess Sloan just missing out on the bronze position by 800th of a second. In the boys 100m freestyle event Harley managed a bronze medal position as Wigan BEST began to climb the overall club positions.

Not letting the narrow defeat in the 100m freestyle affect her, Jess Sloan showed fantastic determination in the 50m butterfly coming away with the bronze medals in a time of 31,07.

Onto Sunday morning and after a carbs overdose and an early night, all the swimmers turned up for the early warm up. Harley continued his good form with a bronze medal in the 200m IM and the girls saw 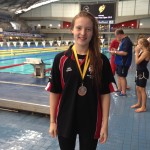 brilliant performances in the 50m freestyle event with Jess Sloan taking the silver medal, Holly Jackson taking bronze with Ellie Bailey finishing in a very close 4th place just 3/10ths of a second outside the medal position. In the boys 100m butterfly Harley showed his continued improvement in this event in a pb time of 1:08.89 and taking the silver medal. There must be something about BEST and butterfly because in the girls 100m event Ellie Bailey recorded a pb time of 1:06.62 grabbing gold medal.

Into the final session on Sunday afternoon and it was Jess Sloan again showing her strengthing freestyle performances with a pb time of 2:14.86 and taking the bronze medal.

kind of conspiracy going on, depsite this Wigan BEST had by now climbed to a very impressive 16th place in the overall club rankings and just to ensure this is where they finished, Ellie and Jess steyed ’til the end competing in the 100m backstroke finishing in 4th & 6th places resepectively switching the lights off in Sheffield as they left.

All in all a good early season workout and plenty of promise shown for the forthcoming season with all the swimmers looking forward to the Future Stars event in a few weeks time.

Big thank you to Geoff Beentjes for the report and the pictures.