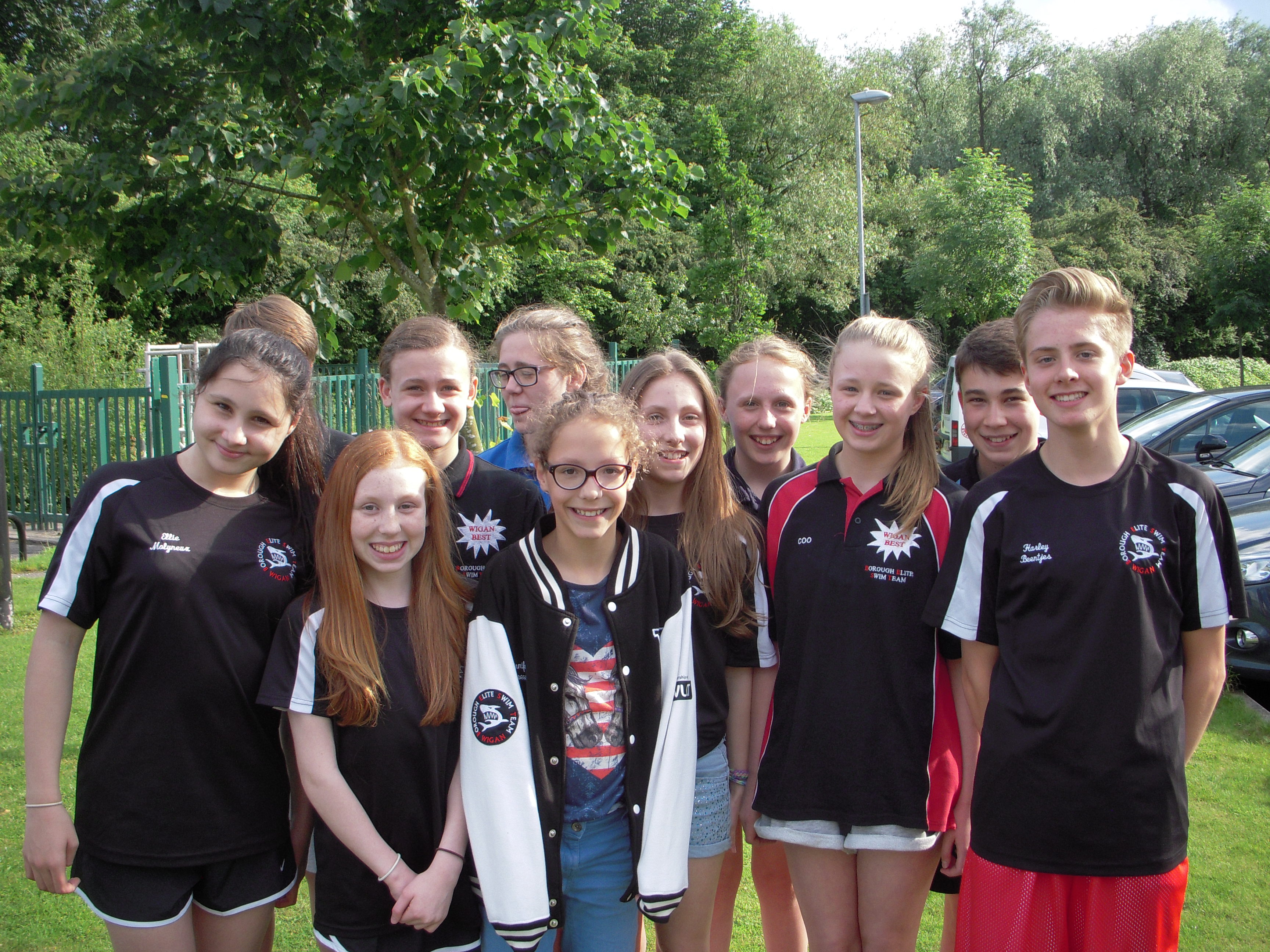 13 swimmers from Wigan BEST (Borough Elite Swim Team) managed to achieve the tough Regional Qualifying Times and were in
action in Manchester over the last two weekends competing in the Regional Age Group Championships. Coming up against the best elite swimmers from across the Region Wigan BEST swimmers proved they were up to the task with 9 of the swimmers making finals in 28 events coming away with 1 National Qualifying and 11 medals.

13 year-old Katey Cooper became the 9th swimmer from the Borough to achieve their National Qualifying time this season. Katey came back strong in the girls 200m Breaststroke finishing in the silver medal in a time of 2:47.80.

Charlotte Nester continued the success for the club taking the gold in the 12 year girls 100m Backstroke in an excellent 1:08.86. Charlotte went on to have an excellent meet collecting a further 4 medals. In the 100m Breaststroke saw her power her way to the silver medal finishing under the 1:18.00 mark for the first time. From here she went to race the 200m Backstroke and taking a further 2 second from her heat time finishing in 2:33.05 taking another silver medal. Two more medals came in the 200m Individual Medley and Breaststroke when she fought hard finshing in third place.

14 year-old Harley Beentjes improved his ranking in the boys events when he took his first regional medal silver in the 400m Freestyle finishing just 300th of a second from the National Qualifying Time. In the 200m event Harley fought all the way in a very close contest taking the bronze medal in 2:06.02. Team-

Melissa Braddock competing in the 13 year girl’s events proved she was well on her way back to full fitness following a long period of injury when she took a brilliant 2nd place in the girls 800m Freestyle in 9:30.71, in the 400m event a personal best of 4:38.74 gave her the bronze medal.

This was the most successful Regional Championships for the Borough’s elite swimmers since the closure of Wigan International Pool 5 years ago. The swimmers who compete under the banner of Wigan BEST all train with the WLCT Swim Squad and have proved that hard work provides results with a further 4 swimmers making the finals. 13 year-old Ellie Molyneux had excellent swims in the girls 100m Butterfly finishing in 5th place and then going on to make the final in the 100m, 200m and 400m freestyle. Team-mate Greta Hampson powered her way to the finals in the 200m Butterfly and 400m Individual Medley. Not to be out done James Cross finished a hectic two weekends in the 13 year-old boys events making 5 finals. With 12 year-old Imogen Bailey competing in her first Regionals making the final in the 200m Butterfly. 10 year Jennifer Green showed she is a name to watch out for in the future competing in the 12years event she powered her to 21st place fastest 10 year in the 100m Breaststroke.